Leave a comment Posted on May 4, 2019May 5, 2019 by dapperdaveanddinkydi Food, Interesting Stuff, Travel

I can see why the people of Barcelona are protesting about the number of tourists taking over their city. This morning about 8am we went to La Boqueria, the market thinking we’d have breakfast there. We noticed some locals obviously having their Saturday morning breakfast before they did their shopping but honestly we could hardly move for tourists. We gave up and went back out to the street to find a cafe.

I’m glad we came here in 2014 for a week and thoroughly enjoyed the city. Now I feel that we are just adding to the problem by being two more tourists. There is an interesting article in The Australian this weekend about the plight of places that can’t cope with the number of visitors; especially those that come for a day and don’t spend any money – as those of us on cruise ships are won’t to do. Five percent of the world’s jobs are in tourism though, so it’s a bit of a dilemma. Tourism creates jobs but tourists create problems. Venice is certainly a case in point.

Anyway, after breakfast we hopped on the Hop-on Hop-off bus and did a two hour tour of the city. We were surprised to see that the Marina is still in port. It’s sunny today but quite cool and we needed our coats. The Sagrada Familia is still not finished. Barcelona has five kilometres of lovely sandy beaches, all easily accessible by tram and bus. The people were out early today soaking up the sunshine.

Here’s a view of the city from up high at the Jardins del Doctor Pia:

I was on the wrong side of the bus to get a good photo of the people on the beaches. This is the best I could do:

And here is the Sagrada Familia: It’s much to elaborate for my tastes but I can appreciate the amount of work in it.

When we were in Lima, Peru in 2010 we were amazed at the enclosed wooden balconies which many buildings have. They can do this because the climate there is so dry and the timber doesn’t rot. The average annual rainfall is 16mm per year – that’s right 1.6cm.

Today we saw a balcony which reminded us of Lima. Barcelona’s average rainfall is 64cm. 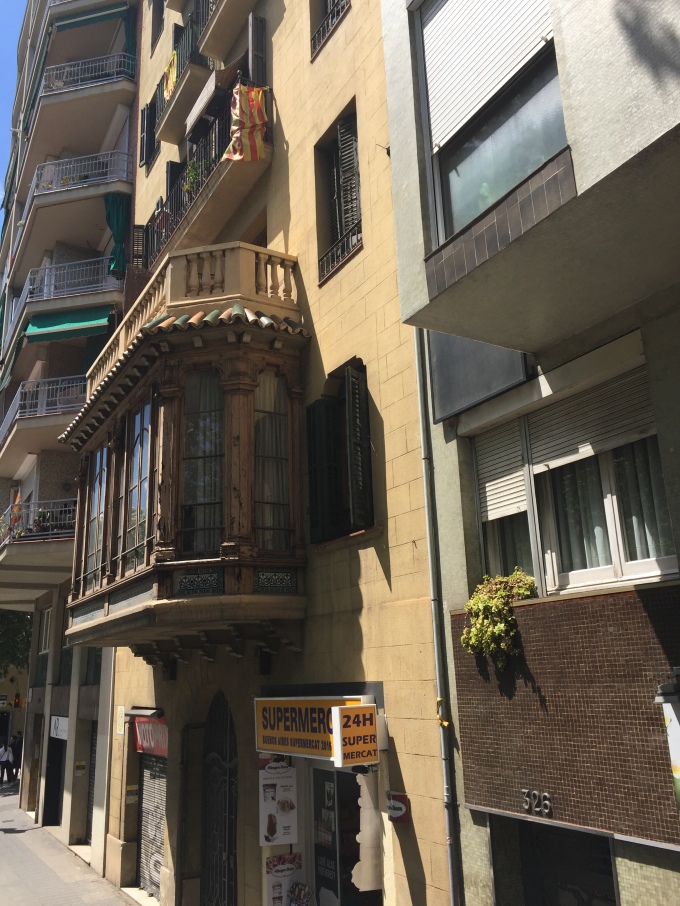 Tonight we are on a quest to find a restaurant where the locals eat. Wish us luck!

Leave a comment Posted on May 1, 2019 by dapperdaveanddinkydi Cruising, Food, Travel

It’s a lovely city – beaches, beautiful squares, elegant buildings and such a lot of greenery.

This is our last port on our wonderful cruise on Oceania Marina. Next stop Will be Barcelona on Friday and we will have to disembark.

Today we had a late start, banana pancakes for breakfast, did some washing and headed off to the Hop-On Hop-Off bus. The tour here was really well managed and the information was comprehensive and easy to understand so we really enjoyed it.

The Jacarandas were in flower so that reminded us of home as did the colourful bougainvilleas. We even saw a very thirsty, sad-looking gum tree.

We had hoped to visit the botanical gardens but when I looked it up on the web it said that it could be closed because of the May Day holiday. I asked the tourist info people and they looked it up on the web and told me what I already knew. So we figured it wasn’t worth €100 in taxi fares to get there and find it closed. We enjoyed our visit to Málaga nevertheless.

Here’s a few pictures to show why we enjoyed it so. 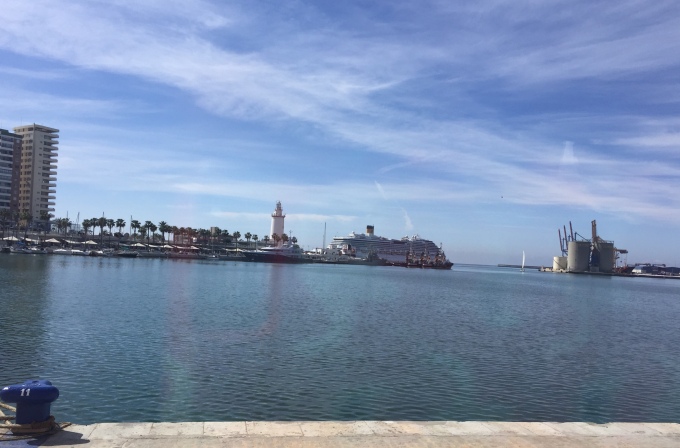 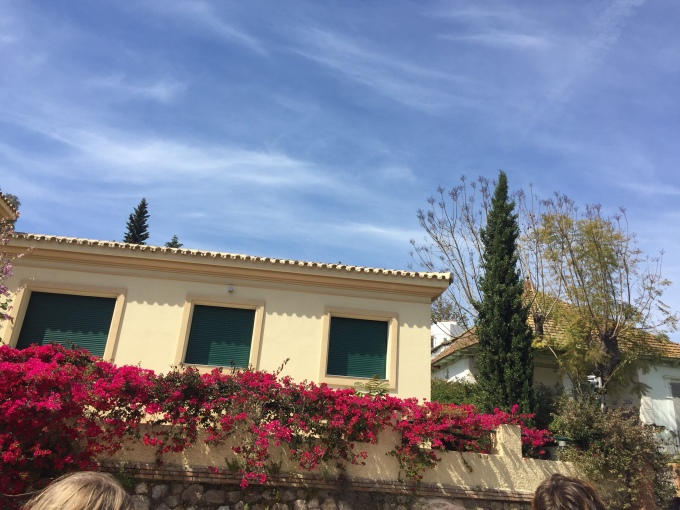 After our tour we found a little café to have lunch. David wasn’t adventurous and had a burger and chips but I enjoyed pescaîto frito – fried seafood. It was a huge serve and was too much for me. It included anchovies, squid, fish, mussels etc.

A week here in a little apartment near the beach would be very pleasant!

Go from chaos to calm.

My travels and family history help you reveal yours.